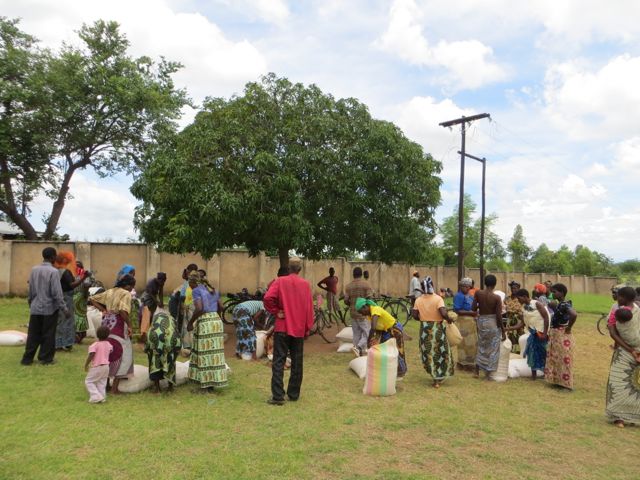 On Thursday, 20 May, it was the turn of Mbera and Toleza families to receive maize that has been donated by Pang’ono Pang’ono through Andiamo Youth Cooperative Trust. At Mbera something “expected” happened. There were more people than the maize available! Do we send them back? The organisers asked themselves. The solution was found from the people themselves.
“Let’s share a bag among five people,” they suggested. This is exactly what happened. Like the way Pang’ono Pang’ono Onlus has done by sharing the maize with the people of Balaka, the people have also shared among themselves. All went home happy. At least they have all something to eat while they wait for their maize to mature in the fields.