Saidisan Farmers group leads Get Up Stand Up Project

It is not yet time for rains, though the temperatures are growing high in Balaka but the fields of SAIDISAN are just ready for the sowing.

Henry Goster, Responsible of Get Up Stand Up Project visited three of the SAIDISAN beneficiaries on 28 September and found them ready to access the fertilizer loan with the new conditions required.

The 3 beneficiaries, Mr. Daniel Murowere, Fred Boat and Kennet Majawa showed the land that they will cultivate this year, which is now double in size, and in effect have managed to repay all the debt of the previous year’s loan. 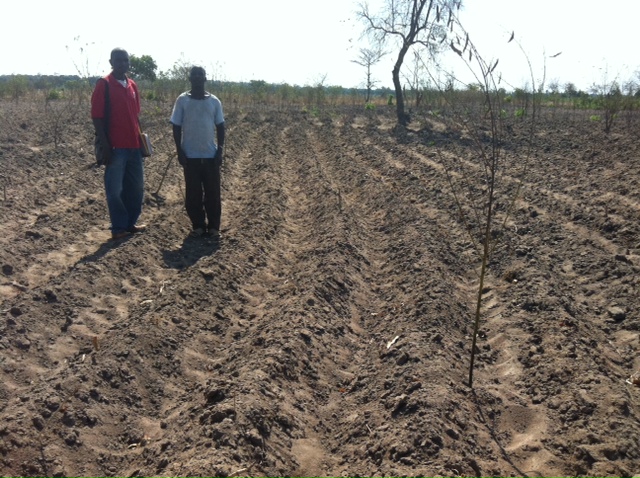 One of the fields ready for sowing in Saidisan Village

Meanwhile, a meeting will be held on 7th October with the presence of all beneficiaries to agree on new conditions to access the loan for the new season. Among the new conditions is an adoption of a poor family to be taken care of by the group of beneficiaries in its needs of food security.

The Saidisan Leader, Mr. Murowere, who is asking to introduce two more new beneficiaries in the group, is satisfied and thankful for the project and happy of his group mates who managed to cover up all the credit, despite the scarcity of rains and the terrible economic crises, which Malawi is going through.

He has also granted one of his lands to be used as a common land for all beneficiaries of his group for a pilot project of horticulture, which will require the donation, and installation of a new borehole, which will be used for an irrigation scheme.

“The project is helping the community of Saidisan which is composed of almost 300 people. If we grow more, we shall have enough surplus available in our villages at a reasonable price for all people,” Daniel Murowere adds.

Those who didn’t follow the rules and did not pay back the non-interests loan will be disqualified. Even those who will not be able to increase their cultivable land areas will not qualify

“I’m satisfied with some of the groups and their leaders because they have shown full cooperation and we look forward to the success of the project,” says Goster.

This entry was posted in News from Malawi, Social Development and tagged Agriculture, Daniel Murowere, Get Up Stand Up, Henry Goster, Saidisan Village. Bookmark the permalink.