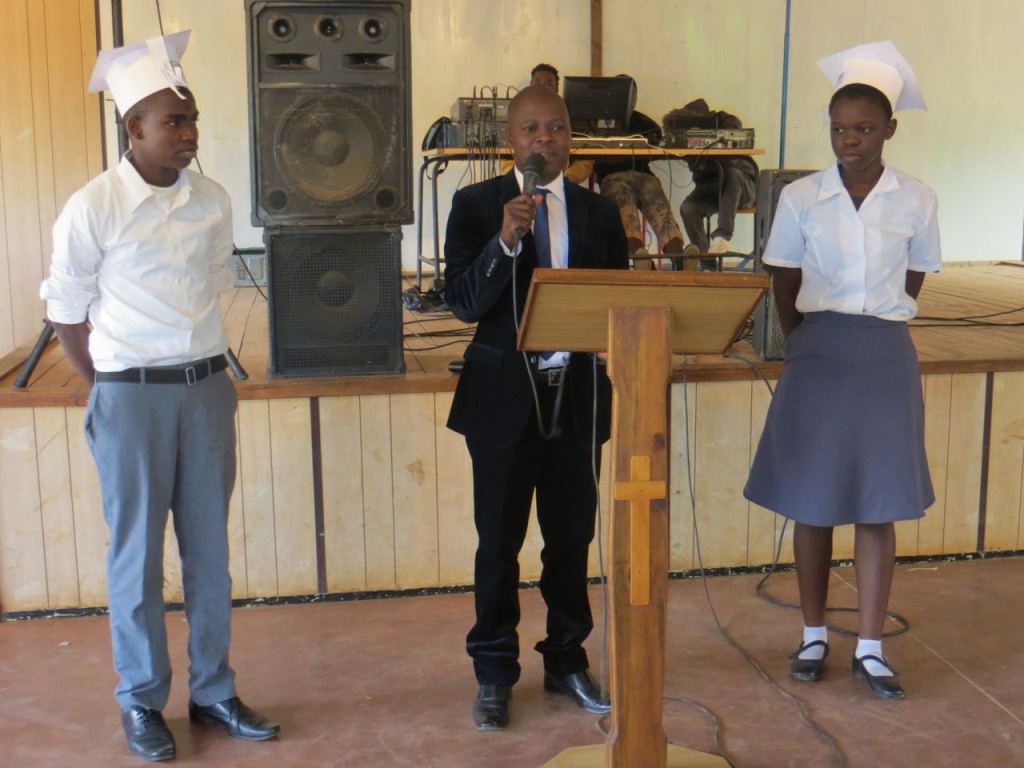 Meleka congratulating students with many awards

40 students are equipped to exit Andiamo Secondary School in Balaka with knowledge to face the world and enable them excel.

21 boys and 19 girls graduated on Saturday June 7th, at a colourful ceremony held in the Umodzi Hall right in the Andiamo Education Institutions (AEI) campus, with several students scooping various awards on top of their testimonials.

Wipitha Mazungwi emerged the best student after adding to her shelf, five awards including that of physical science mostly regarded as for boys in most circles.

In his long advisory speech, guest of honour, Malawi sports council human resource manager Henry Meleka, coincidentally emphasized on the theme; “Education the powerful weapon for changing the world,” a caught from Nelson Mandela, one of Africa’s greatest leaders.

Coordinator for AEI Patrick Bwanali assured parents and guardians that the students were well equipped to pass national examinations.

“The forty students have all it takes and most of them will definitely make it to college,” said Bwanali.

One Response to 40 graduate at Andiamo Secondary School