Pang’onoPang’ono Association from Italy has lived by its one of its objectives to promote the poor by donating maize that will feed over 500 families in Balaka.

The organization has made the donation through Andiamo Youth Cooperative Trust (AYCT). According to Balaka district council director of planning and development David Gondwe, over 20,000 farming households are food insecure in Balaka following last year’s erratic rains. 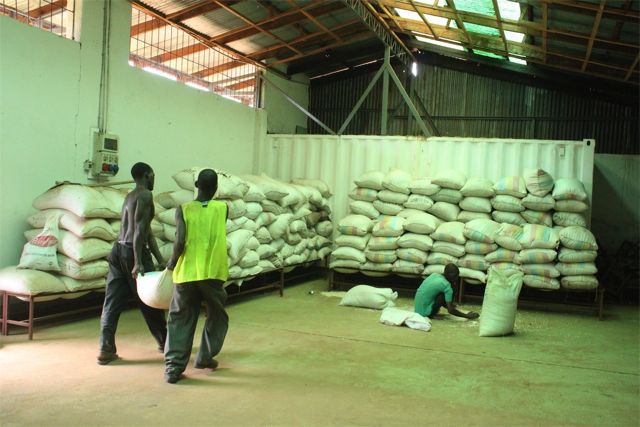 Offloading some of the maize

Pang’onoPang’ono has for years collaborated with AYCT for many projects. These include: the support of AYCT Nursery Schools; construction of a 6000 cubic metres reservoir; realisation of a computer school under Andiamo Education Institutions; the building of houses for the elderly; a purified water project; a truck donation among many others.