“Get Up Stand Up” Rewards Beneficiaries

Farmers who attended the indaba on Saturday

Some beneficiaries of “Get Up Stand Up” Project went away with assorted prizes for honouring the loan they had with the project when they met for a General Assembly in Umodzi Hall on Saturday, 2 November 2013.

“We decided to reward some farmers’ groups for repaying their loans in time,” said Henry Goster, the Project’s Coordinator. 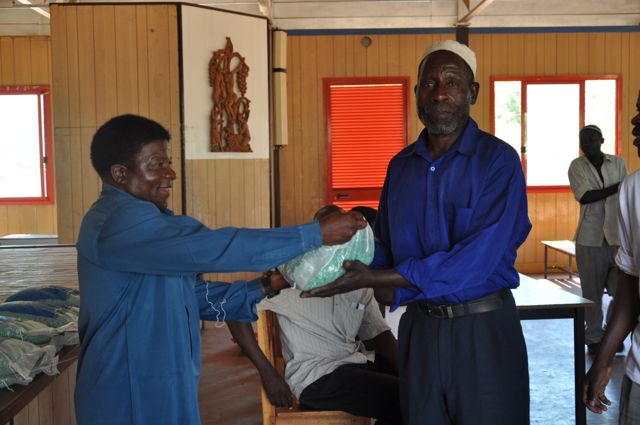 A representative getting his maize seeds

The rewards included hoes, a sprayer, and hybrid maize seeds.

The General Assembly also reviewed the objectives that were implemented last season. 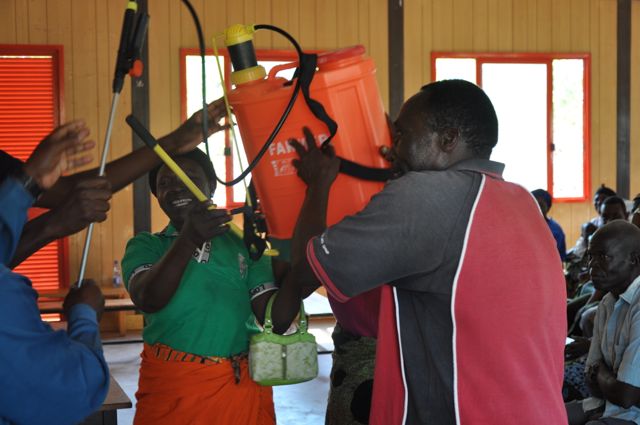 Farmers getting their sprayer

About 250 farmers will benefit from the project this year alone. Get Up Stand Up is a micro credit project that helps farmers to access seeds and fertilizers on credit.

Get Up Stand Project is under Andiamo Youth Cooperative Trust and is funded by the “Associazione notarile di solidarietà di Bergamo” from Italy.