Last time she spoke in the presence of the founding trustee of Andiamo Youth Cooperative Trust (AYCT), Fr. Mario Pacifici, was during mass on 30 December 2012, a day before Fr. Mario left for Italy.

Gogo Angella Govati then, told the congregation at Nankhombe chapel that she was feeling well health wise. When she was asked to explain her friendship with Kantema and Rodua, she said jokingly that Kantema had improved and that he never caused her any problems with her mat any more. Kantema and Rodua are young boys with mental challenges who have stayed with Fr. Mario since they were very young.

Today Gogo Govati spoke from her coffin. She told us that every human being deserves a dignified life disregarding their age and sex. 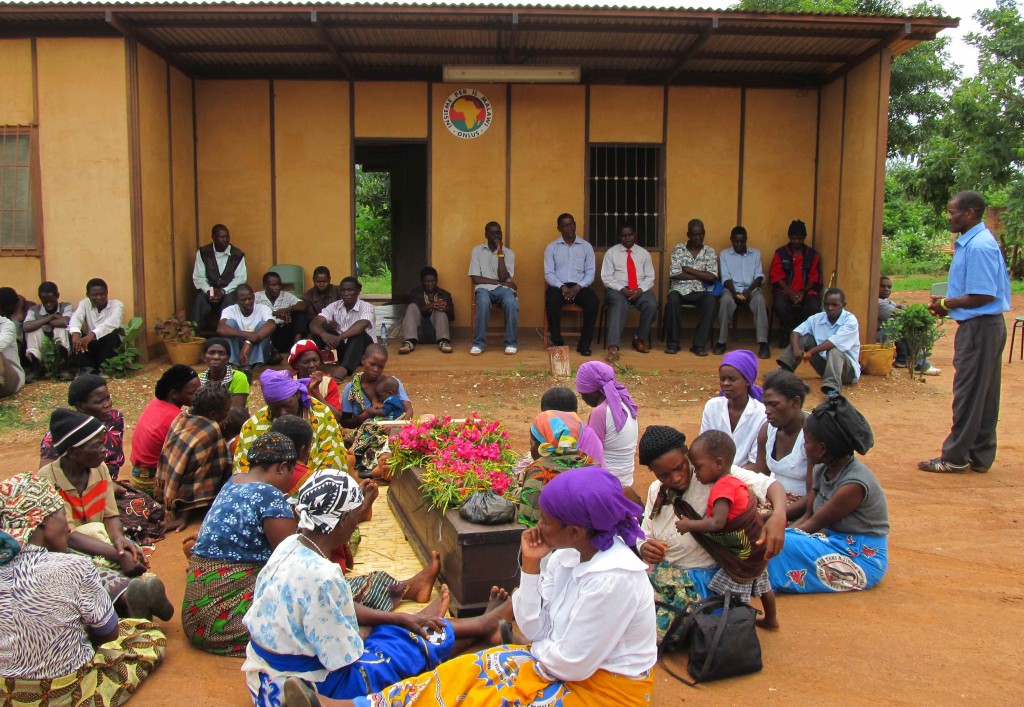 Growing up in a society that sometimes despise the elderly because of different beliefs like witchcraft, Gogo Angella found a home at Andiamo Youth Cooperative Trust (AYCT) under the pillar of Social Development. Together with other elderly women she was given a home and a community to at least have a dignified life.

Speaking during the funeral ceremony, Mr. Clement Kulapa thanked Fr. Mario Pacifici for giving the elderly, who have no homes, a dignified life they deserve.

Andrew Galeta, the Executive Director of AYCT told the mourners that the Fr. Mario and Don Cesare, the founding trustees of AYCT sent their condolence messages to the bereaved family. Galeta reminded the gathering that the mission of looking after the elderly should not be left in the hands of Fr Mario and Don Cesare alone but that it must be the mission of everyone especially young people. 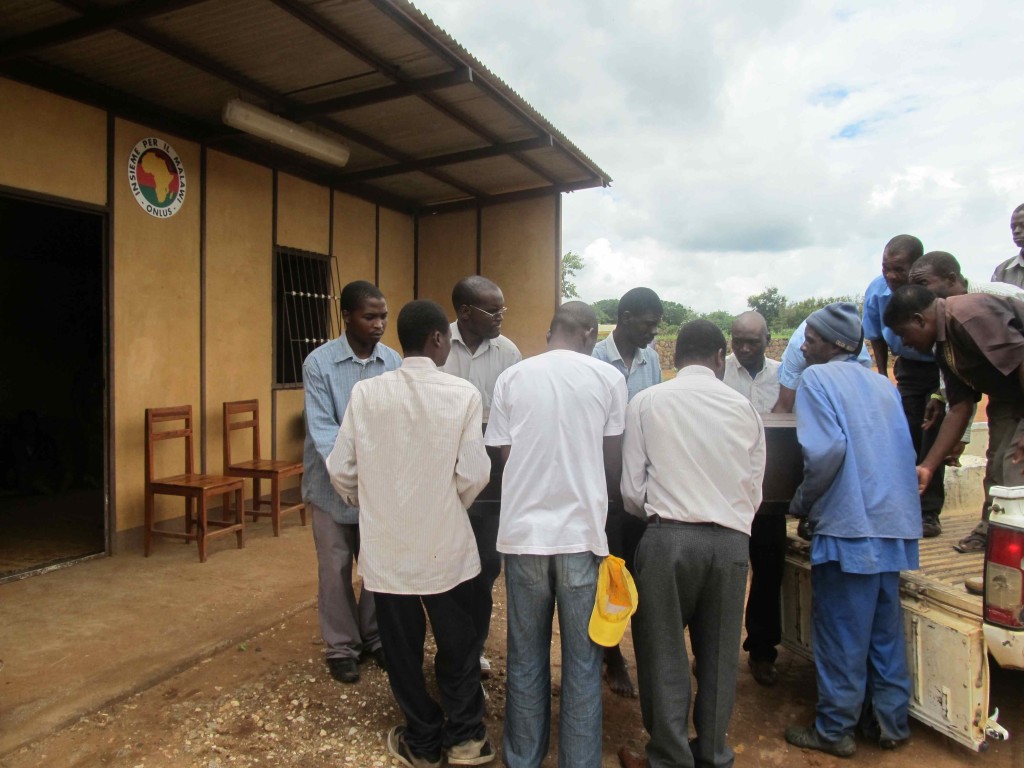 The remains of Gogo Govati arriving from the mortuary 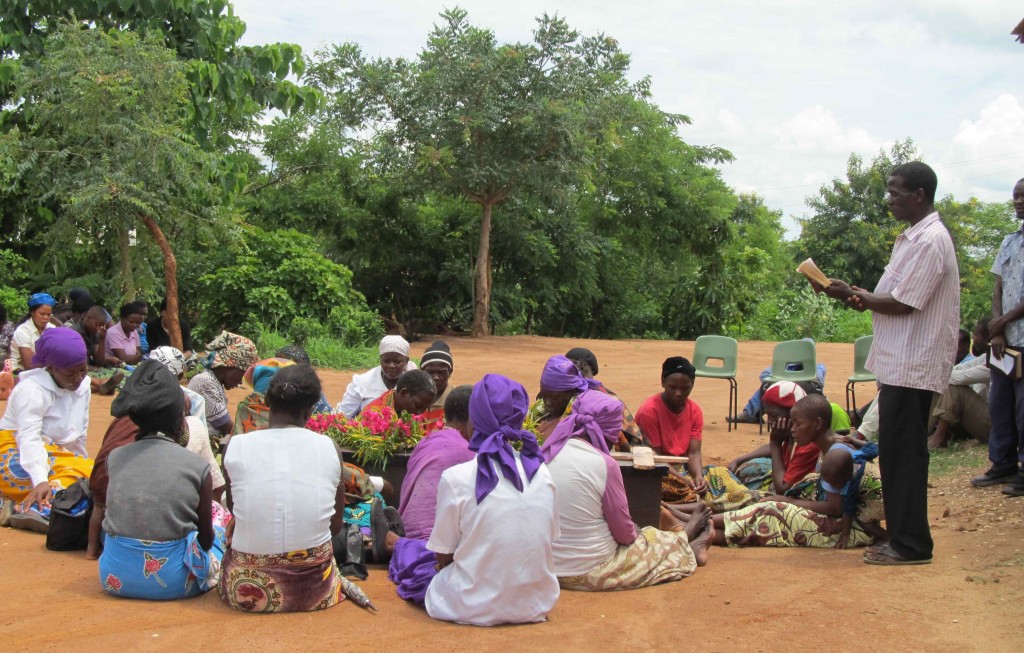 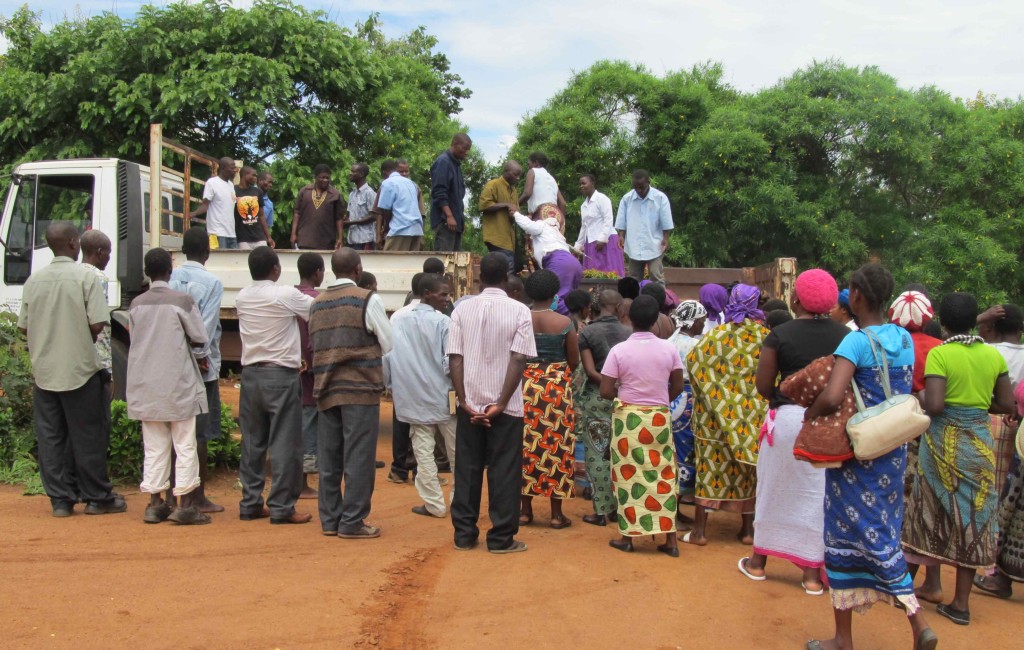