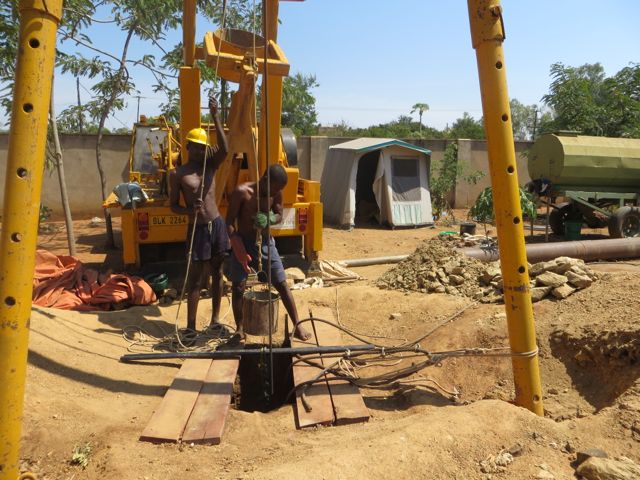 The drilling team pulling out what has been dug

Some months ago Andiamo Youth Cooperative Trust embarked on a project to drill a borehole right close to the paediatric ward for the Comfort Community Hospital. Targets were set when they would finish drilling the borehole but little did they know that the job would end abruptly.

In the course of drilling, when they were about 10 metres deep the unexpected happened. The six metre-drilling rod got stuck between rocks and there was nothing that the machine could do. People tried to pull it using all the available resources but to no avail.

Time to throw away what is not needed

Now three men from around Balaka led by a Mr Kachingwe are busy digging the rod out manually. We wish them success.