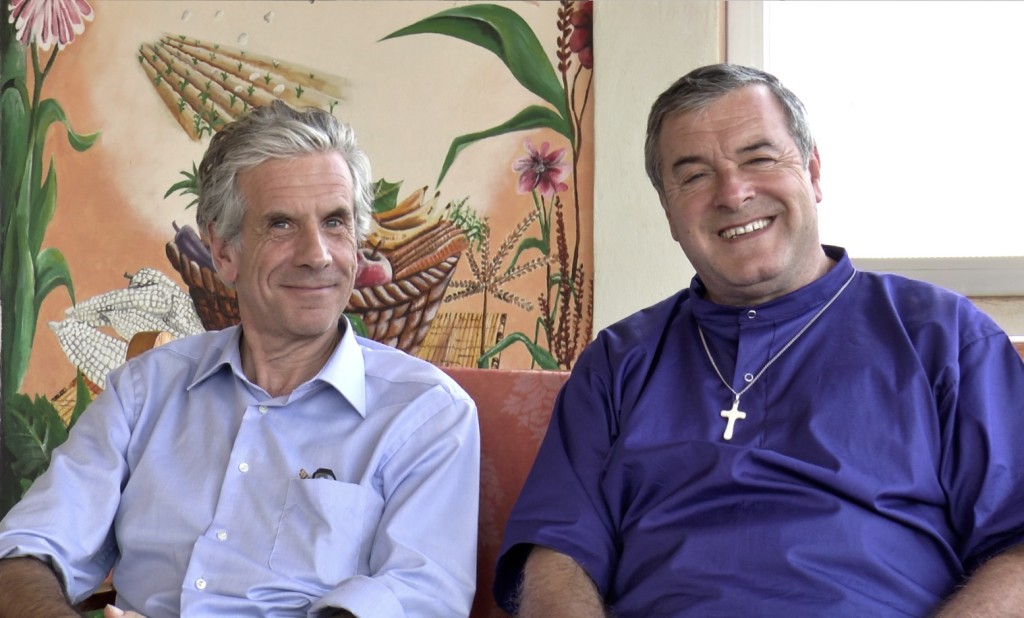 How did you start to wok with Andiamo?

As I recall, it all started when I read an article published on a Italian scientific magazine which reported the lack of pediatric doctors for Project Malawi. the atricle appealed to doctors available to cover turns in the Pediatric ward at Andiamo Comfort Community Hospital in Balaka, Malawi. So I called my colleague, who was just working in the project, and I decided to come here because of my interest for Africa. Then I knew Andiamo Youth Cooperative Trust, its health structures and Fr. Mario Pacifici. This is my fourth time to visit malawi and I usually stay for a month. 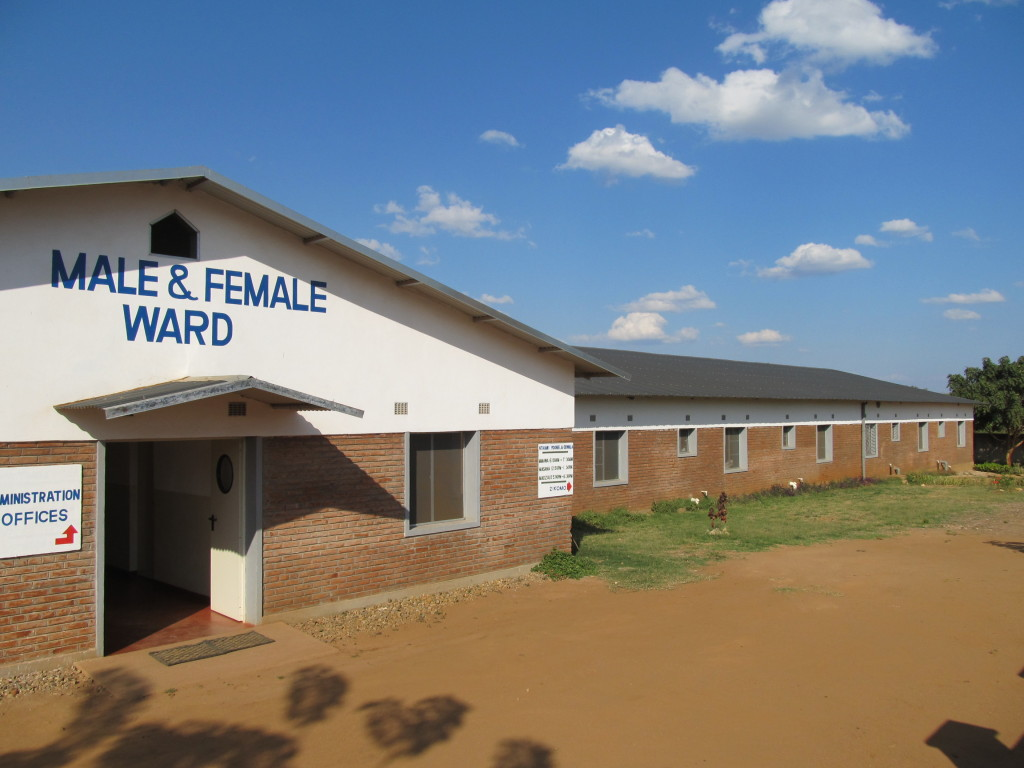 How do you operate in Malawi?

In the first years I was coming under Project Malawi, which its goal was to send doctors to Balaka continuously for the formation of local staff. As you know it is important that we offer our medical services, however most significantly that we form the local staff that consists ofwell trained clinical officers and medical assistants. In this view the project improved in the last months as we have now a doctor, Giovanni, who, thanks to ASL of La Spezia that offered him a bourse, is staying in Malawi for several months and will be in the position to continue the formation process and verify the implementation by the local doctors and nurses.

Apart from working in the Comfort Community Hospital you also had occasions to visit some health centers in the villages around Balaka; what did you experienced out there?

From the beginning we have been visiting the villages, particularly Kapeni, where there is a great sanitary emergency. We frequently go to Kapandatsitsi, a delocalized area where there is no sanitary assistance.

In the last years we also visit the Toleza village, where Agostino, an Italian volunteer built a nursery school and an Health centre that will be active in few days, and we also support the Kankao Orphanage.

I remember the day of the inauguration of the health centre of Toleza, there was a child with 41 degrees of fever, we visited him, he had malaria and pneumonia. He started the therapy and by the evening he was just better. This is an example of how important are the visits in the villages. Agostino was telling us about some cases of death because of non cured malaria or because people did not have money to buy medicine or for transport to the hospital.

Yesterday we visited a two week old baby, very lethargic, aseptic and difficult to feed. We drove him with us in our car to Comfort Community Hospital where he was put to treatment and is fine now. if he was In the village he would have died. This also confirms that we can achieve great results with few costs, if we activate a strategic program in the villages following the guidelines of OMS.

We know that since you knew Malawi you involved a lot of people in the project; what did you manage to do and what are you still doing?

Yes, back in Italy people were interested in what we were doing in Malawi. The first person who came with me in Malawi was Cinzia, a midwife, who later brought on board her husband; together they have been the engines for the fundraising for the building of a new projects of Kapandatsitsi Nursery School that since January 2013 hosts 250 pupils.

Some coleagues have joined me this year; the Primary of Infectious diseases of La Spezia (Italy) who contributed to the bourse for doctor Giovanni and allows him to stay for one year in Balaka. I came also with members of the Francesco Conti Association that contributed with the realization of the Health Centre of Toleza. So in few years the people of La Spezia realized big things.

How did things change since the first time you came?

First of all, now we have a new structure. Two years ago we did not have the pediatric ward, but only the Maternity with some beds to host the children. Now we have a structure, with beds and with an equipped neonatology ward. We still have a personnel problem till we will not open the adult ward. In fact, at the moment the personnel is sharing the work both in the Maternity and Pediatric ward. Fortunately the local personnel is hard working and I am sure will undergo all organizational difficulties. 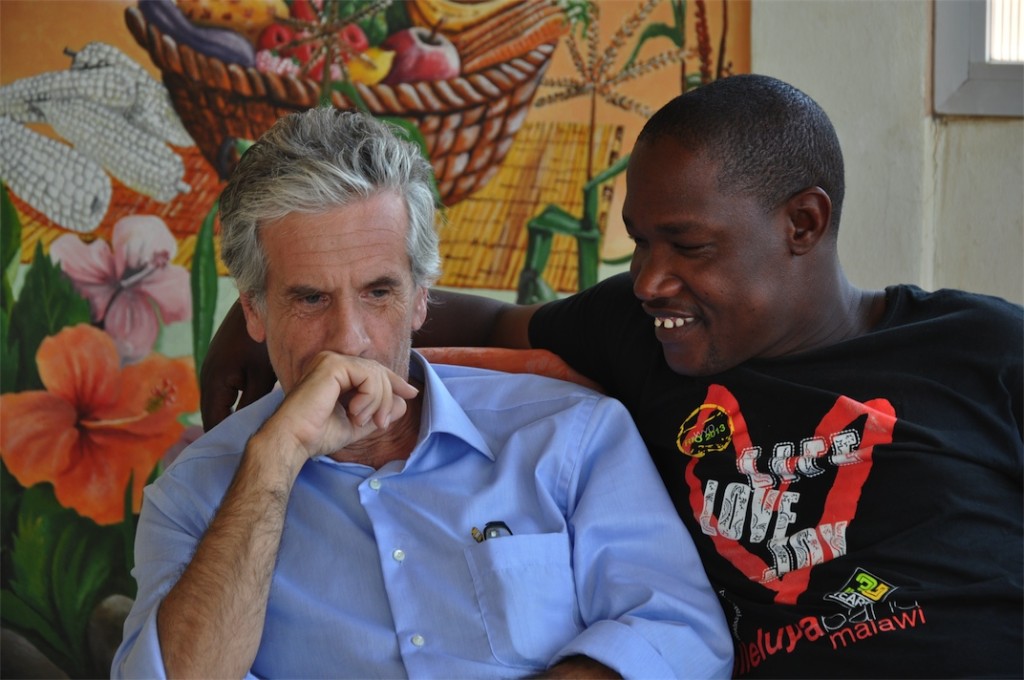 Dr. Mauro and Kantema during the interview

What do you wish for the future of Andiamo Youth Cooperative?

I wish that many people come to work hand in hand with the local staff and that the Comfort Community Hospital be able to run by itself.

Which is the sanitary situation of the area you managed to visit here in Malawi?

I’ve realized that children have been vaccinated according to the rules previewed by Malawian Government. They normally undergo prophylaxis against parasitic and intestinal infections that is also previewed by the Government policies. They usually take A vitamins, more or less every six months. The health problems I found are malaria, lung and gastro-intestinal infections and HIV AIDS. On the latter there are now big improvements as all pregnant women are tested and we can start the cure before the birth, reducing greatly in this way the number of sick born babies.

With the Alleluya Band Tour 2013 in Italy and Brazil Andiamo was able to collect money for medicine and food for the hospital, thanks to the contribution of many friends and donors. Hence, children from 0 to 15 years can access medication and cure for free in our Hospital.

How did people react?

I lived the moment as it begun when I was here and the number of patients increased day by day since we started this policy. Yesterday a mum came with a child who has suffered from otitis for eight months. The poor mum did not have money for buying antibiotics or bring her child to the hospital. Because of our new free service the child started treatment yesterday avoiding the infection to become chronic and lead to further serious problems.

Some words from Fr. Mario Pacifici

We are all used to say we are poor: spiritually poor, economically poor, poor of ideas maybe, but when we miss health care we are really poor. If in Italy we can scandal at the health-care situation, in Malawi we cannot, as there isn’t a sanitation system that can provide, I don’t say a quality, but even a basic service. This we want to donate to Balaka and for Malawi: a quality service beginning with a basic one, in order to alleviate people suffering of curable sickness.

Together with Doctor Mauro I would like to thank Andrew Galeta, the Executive Director of Andiamo Youth Cooperative Trust and his staff, friends, the doctors, but also volunteers, nurses, midwives, whoever believed in this project that became a realized dream; we can say it! And when children, after a couple of days of hospitalization, can go back home smiling, as they way of being in Africa, it is the best joy we can feel. We realized something beautiful, even tough sorrow and difficulties in Malawi continues every day. “We realized something good for God and for others” as Mather Teresa used to say. My Thanks become a wish that, following the example of Doctor Mauro and Doctor Giovanni, Doctor Annibale, Doctor Claudio and many others, other young doctors could decide to donate their knowledge and wisdom, but especially their heart, being sure that they will be filled with a great joy, as there is more joy in giving than in receiving.Together with Don Cesare, we say Long life to all our doctors of Comfort Community Hospital of Balaka, Malawi. Thanks everybody.