Six Form One Students walk away with prizes 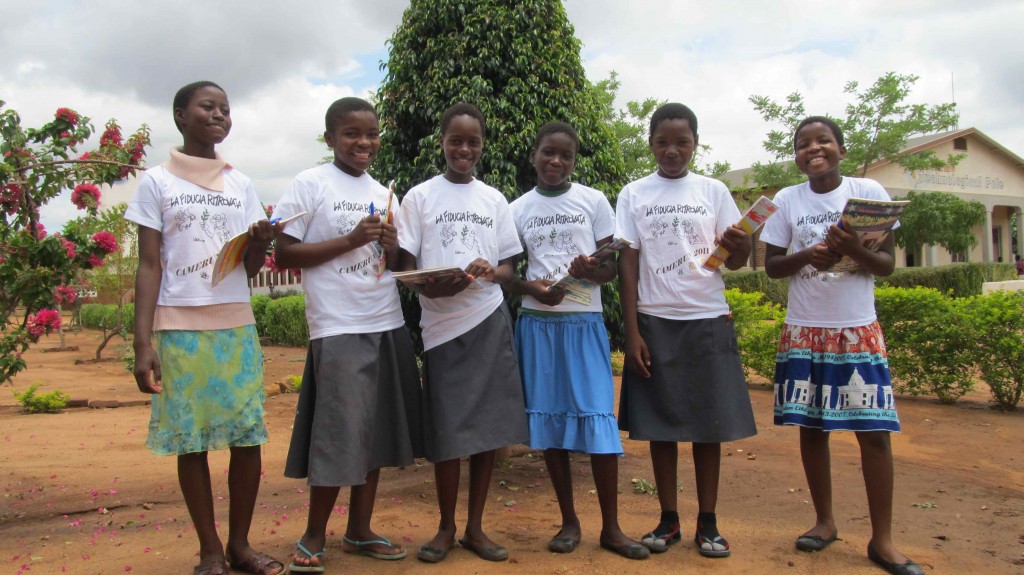 They wrote a letter to Fr. Mario Pacifici asking if they could be allowed to sing some songs during the farewell mass the first Sunday of Advent. Fr. Mario said they should be given a chance. They performed and they did not disappoint.

They sang two songs: My Life Time and Mary’s Born Child. For the first time, many students of Andiamo Education Institutions (AEI) including the writer of this article thought these form one students came from one Primary school. But it isn’t.

Two of the six, Tadala and Agatha Murowa were at Bakhita Primary in Balaka; Trintance Longwe was at Nsanjama in Zomba and Mary Mbalafana was also at Nsanjama but the one situated in Mulanje; and Caroline Simba was at Mponda.

Today, 6 December 2012 the founding trustees of Andiamo Youth Cooperative Trust (AYCT) Fr. Mario and Don Cesare gave them prizes that will encourage others to do something like these six students.