Some workers of Andiamo Youth Cooperative Trust (AYCT) and people around the trust can now afford a smile after they have started to receive food bags from AYCT and CMB today 10 August 2012. 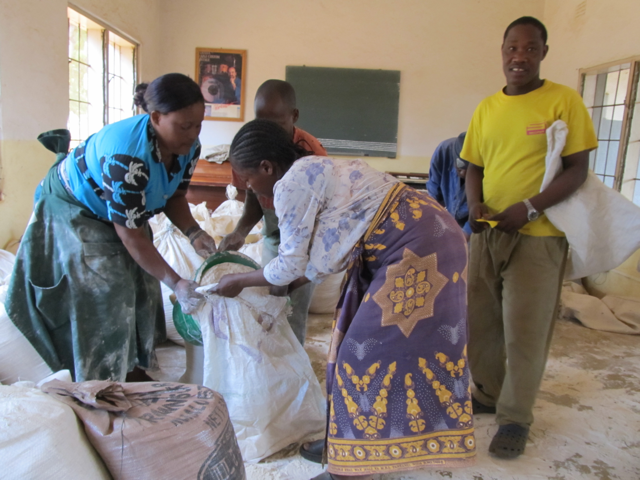 This is a yearly gesture from AYCT that is made possible with some help from CMB. In the bag that each beneficiary receives, there is 1 litre of cooking oil, 1 kilogram of sugar, 1 kilogram of salt, and 20 kilograms of flour.

According to Ellen Nthenda Banda, coordinator of what is called Action E, which is responsible for identifying the beneficiaries and distributing the food items, 500 people will benefit from this activity.

“Out of these 500 beneficiaries, 400 are people who work with AYCT while the rest are people we have identified from the surrounding areas,” says Mrs Banda who is also the Deputy Director of AYCT 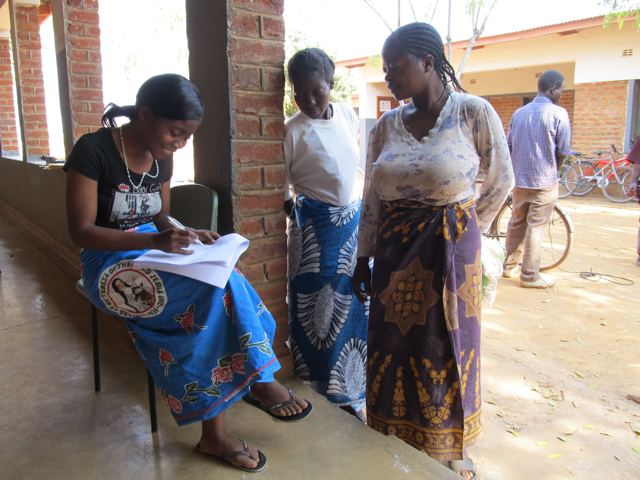 Margherita Fabri, a consultant from LAMA says she is happy that at least the distribution has started.

“It is the aim of CMB to keep on supporting this action and it is also good to find out if this [the package] is enough and if at all it is achieving the intended objectives,” Margherita adds that it is good to do the same in December, this year.

Catherine Sauwa, a married woman with one child and in charge of three orphans, says she is happy to have received the package.

“When prices of food are high as it is now, it is difficult to buy food,” says Catherine while thanking the cooperative and CMB for this gesture. Catherine is one of the volunteers at Chimwemwe Nursery School at Mbera.

These food bags have come at a right price because about 1.6 million people face hunger this year. According to the 2012/13 report by Malawi Vulnerability Assessment Committee, the hunger is due to prolonged dry spells and high food prices. 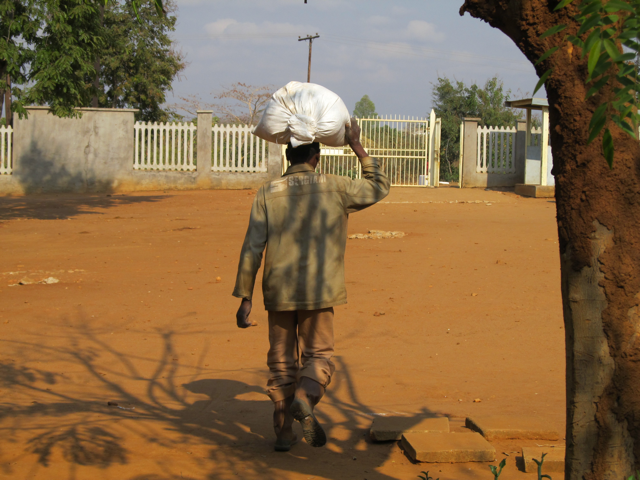 The work of distributing food bags falls under Social Development, one among four pillars of Andiamo Youth Cooperative Trust.