Malawi Energy Regulatory Authority (MERA) has announced the new price increase of fuel and electricity with immediate effect from 11 May 2012. 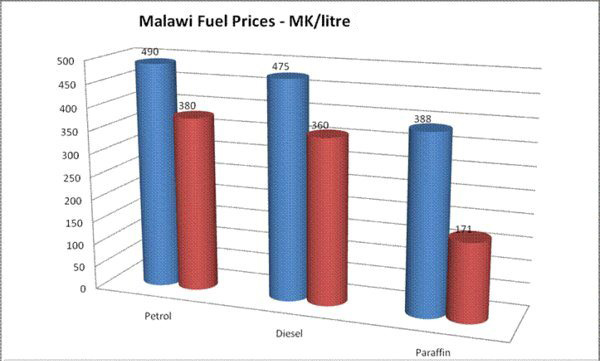 According to MERA, the price of electricity has risen from K9.83 to K16.06 Kilowatt per hour.

The new fuel prices have gone up following the announcement by the Reserve Bank that the Malawi Kwacha has been devalued by 49%.