Alleluya Band leaves for Italy this May where it will hold more than 40 shows. People may be interested to know the band’s daily schedule. The web office asked Mayamiko Taferakaso, one of the band members, to share with us how the band members spend their day and how they prepare for international tours like the one they will have in May. This is what Mayamiko told the web office. 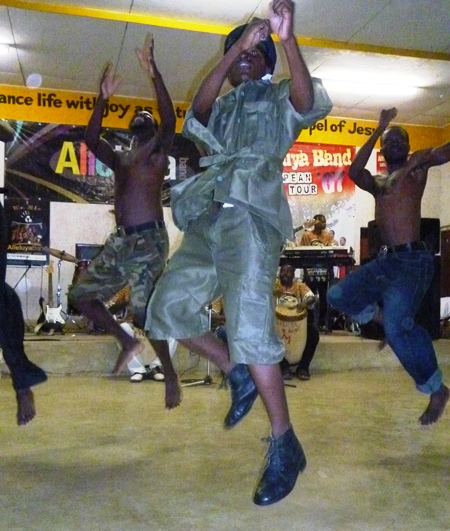 The band members train each day from Monday to Saturday. Each morning all the band members must sign in the register book at their office to show that they are present.

Like soldiers, before doing anything, each band member cleans the instrument they play and the hall where they practice.

When all is said and done, the band leader, now Coss Chiwalo tells them what to do on that particular day and start their practice. Mayamiko says this practice is not non-stop as they break at 9:45 am and 12:00 pm for tea and lunch respectively.

In the afternoon, they meet at 1:30 to continue practicing. Mayamiko says that at times, the band members relax by listening to their own music. He also says that every Monday, a teacher from the Andiamo Music School comes to teach them music.

What if they are preparing for an international tour as they are doing now? Preparations are different, says Mayamiko.

He says the group is divided into two groups, one of dancers and the other of those who play instruments.

These practice separately for three days in a week and later meet to work as a group. Program changes when there is only a month to go.

Mayamiko says when it is a month to go, they train thrice a day, in the morning, afternoon and evening!

Alleluya Band tours are always done with a purpose to support the objectives of Andiamo Youth Cooperative Trust.